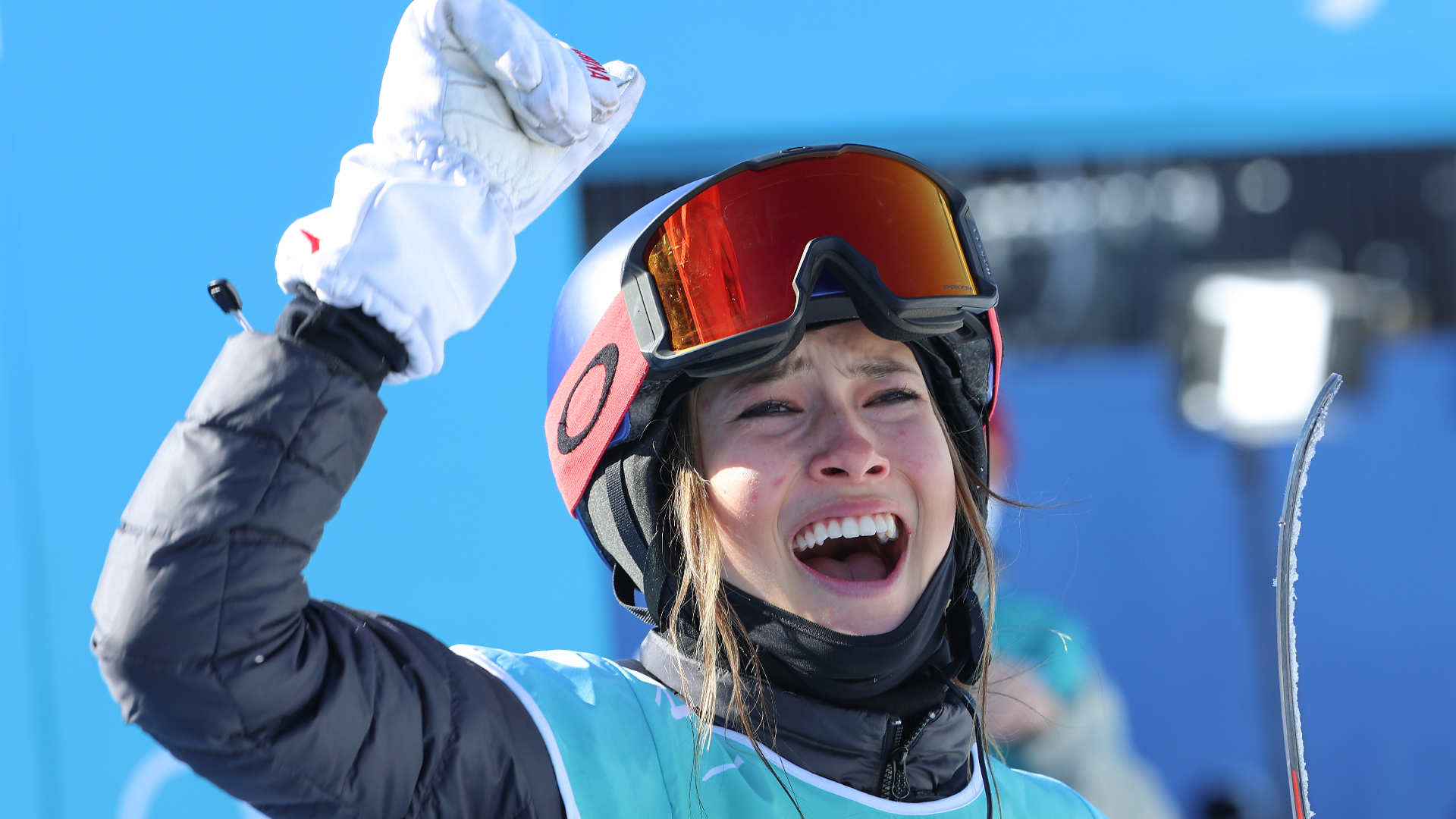 Eileen Gu fulfilled her Olympic dream on Tuesday when the 18-year-old earned a gold medal at the 2022 Winter Olympics in Beijing.

Gu did so with an impressive move in her final run of the women’s big air competition: a double cork 1620, which involves four-and-a-half rotations in the air. It was the first time she had ever attempted the move, and it came at the perfect time. It helped her earn a score of 188.25, just .75 points ahead of silver medalist Tess Ledeux of France.

A double cork 1620 on her final run! #WinterOlympics

But the gold will not be among Team USA’s final medal tally. That’s because Gu, a Chinese-American who was born and raised in San Francisco and who will attend Stanford University in the fall, is representing China at the 2022 Winter Games.

It’s a decision that will undoubtedly draw criticism from her home country, especially considering the U.S. is in the midst of a diplomatic boycott of the Beijing Olympics. Her success at these Games — she will also compete in slopestyle and halfpipe events — will only further highlight that choice.

The Sporting News has everything you need to know about Gu’s decision to represent China instead of the United States, including her citizenship and nationality and business ventures.

Why is Eileen Gu skiing for China instead of the U.S.?

Gu, who has an American father and Chinese mother, was raised by her mother and maternal grandmother. Because of this, she maintained a deep connection with and appreciation for her Chinese heritage, despite growing up in the U.S.

That appreciation, her relationship she has with her mother — indeed, it was she who encouraged her to try freestyle skiing — and the desire to “promote common understanding” is what led her to choose to represent China instead of her home country.

“I have decided to compete for China in the upcoming 2022 Winter Olympics. This was an incredibly tough decision for me to make,” Gu wrote. “I am extremely thankful for U.S. Ski & Snowboard and the Chinese Ski Association for having the vision and belief in me to make my dreams come true. I am proud of my heritage, and equally proud of my American upbringings.

“The opportunity to help inspire millions of young people where my mom was born, during the 2022 Beijing Olympic Winter Games is a once-in-a-lifetime opportunity to help to promote the sport I love. Through skiing, I hope to unite people, promote common understanding, create communication, and forge friendships between nations. If I can help to inspire one young girl to break a boundary, my wishes will have come true.”

Though Gu did not explicitly mention it, she also has significant sponsorship opportunities. The 18-year-old, who is fluent in both English and Mandarin, is sponsored by Red Bull, Victoria’s Secret, Oakley and the Bank of China, among others. She has also modeled for Estee Lauder, Tiffany & Co. and Louis Vuitton. She has also been placed at the forefront of China’s Olympic coverage.

Does Eileen Gu have dual citizenship in the U.S. and China?

Gu has offered vague answers regarding her citizenship while in Beijing.

“I definitely feel as though I’m just as American as I am Chinese,” Gu said in Beijing on Tuesday after winning gold. “I’m American when I’m in the U.S. and Chinese when I’m in China and I’ve been outspoken about my gratitude to both the U.S. and China for making me the person that I am.”

Gu’s answers have raised questions as to where exactly she has citizenship. It should be noted that China does not allow for dual citizenship, per Article 3 of its Nationality Law.

“I don’t feel as though I’m taking advantage of one or the other because both have been incredibly supportive of me and continue to be supportive of me because they understand that my mission is to use sport as a force for unity, to use it as a form to foster interconnection between countries and not use it as a divisive force,” she said. “So that benefits everyone, and if you disagree with that, I feel like it’s someone else’s problem.”

Gu took aim at anyone who does not support her choice to represent China, which she maintains is apolitical and altruistic.

“I’m an 18-year-old girl out here living my best life,” she said. “Like, I’m having a great time. It doesn’t matter if other people are happy or not because I feel as though I’m doing my best enjoying the entire process and using my voice to create as much positive change as I can for the voices who will listen to me in an area that is personal and relevant to myself.

“I know I have a good heart and I know my reasons for making the decisions I do are based on a greater common interest and something that I feel like is for the greater good. So if other people don’t really believe that’s where I’m coming from, that just reflects they don’t have the empathy to empathize with a good heart, perhaps because they don’t share the same kind of morals that I do,” she continued. “And in that sense, I’m not going to waste my time trying to placate people who are one, uneducated, and two, probably never going to experience the kind of joy and gratitude and just love that I have the great fortune to experience on a daily basis.

Odell Beckham Jr. reveals how close he was to signing with the Patriots after Bill Belichick recruitment
Nathan Chen flawless in world record short program performance