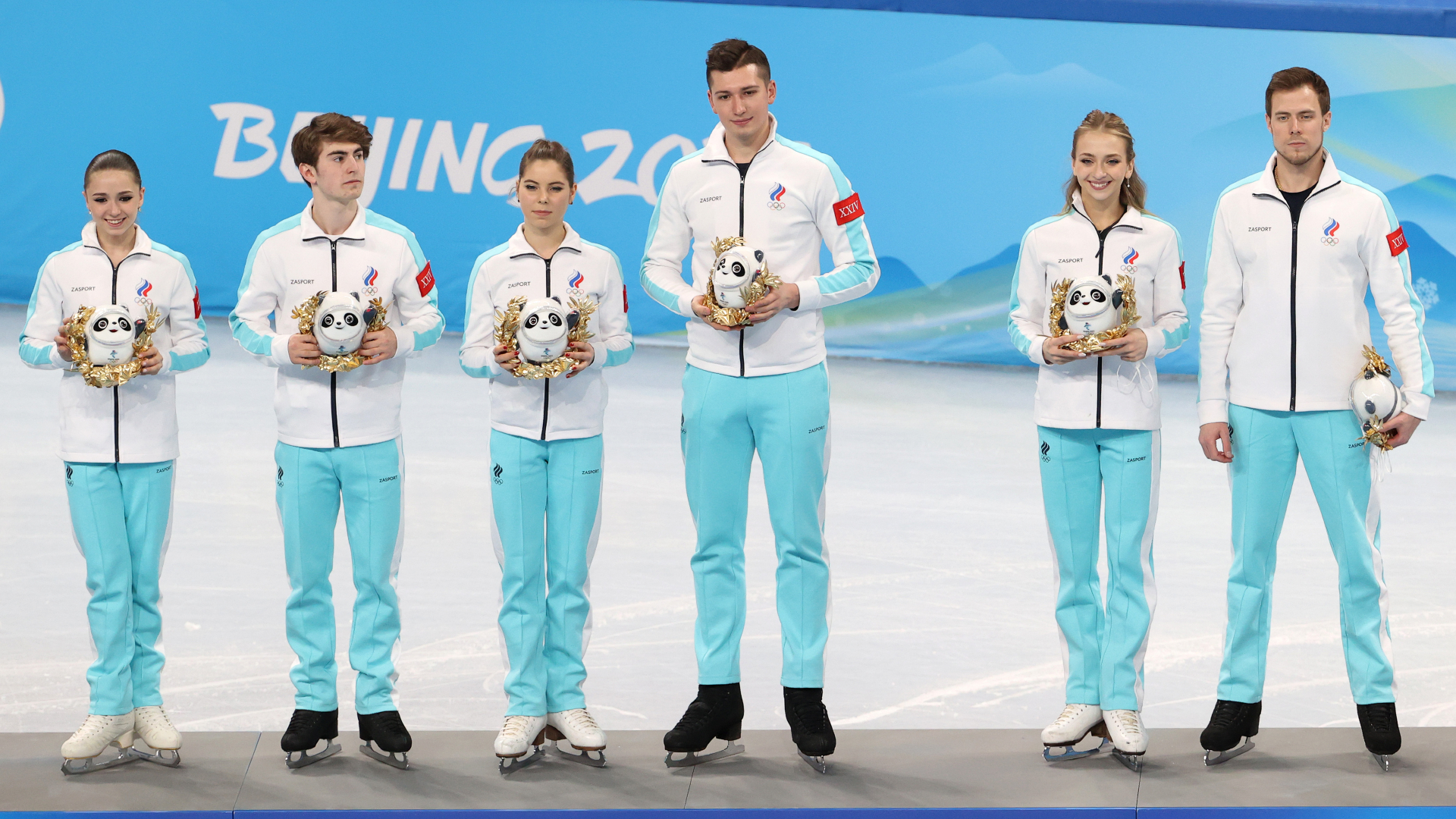 The medal ceremony for the ROC’s figure skating team has been delayed “indefinitely” after an unnamed skater tested positive for performance-enhancing drugs, per a report from USA Today.

The medal ceremony was scheduled for Tuesday night in Beijing’s Olympic medals plaza. However, the event  never took place; the IOC has since said it has been delayed “indefinitely” amid an ongoing “legal issue.” The IOC is currently convening with the International Skating Union, the governing body for figure skating.

“The situation arose today, on short notice, which requires legal consultation with the (International Skating Union),” IOC spokesman Mark Adams said on Wednesday morning. “Because there are legal implications I can’t really talk about much. It’s kind of an emerging issue.”

The name of the athlete who tested positive for PEDs has not been identified by the IOC. However, insidethegames.biz reports that 15-year-old sensation Kamila Valieva, the gold-medal favorite in the women’s competition at this year’s Games, is at the center of the PED situation.

The outlet reports the nature of her issue at the Games is unclear, but that it involves a drug she took before the 2022 Winter Olympics. It also reports that Valieva is considered a “protected person” under the World Anti-Doping Code because she hasn’t reached the age of 16 yet. Because of that, she can’t officially be identified if she is found guilty of a violation.

MORE: Mikaela Shiffrin’s Olympics in doubt after failing to finish slalom: ‘It’s a little up in the air’

Valieva has been instrumental to the ROC’s team success, as she led the women’s singles standings in both the short program and free skate. The other members of the ROC’s gold medal-winning team include men’s competitor Mark Kondratiuk, 18; pairs skaters Anastasia Mishina and Aleksandr Galliamov, 20 and 22, respectively; and ice dancers Victoria Sinitsina, 26, and Nikita Katsalapov, 30.

Russia won the gold with 74 points, finishing either first or second in eight of nine disciplines demonstrated at the event. Team USA finished a distant second, with 65 points. Japan, in third place, had 63.

If the ROC is disqualified from its finish, the U.S. would earn its second gold of the Olympics; Japan would be elevated to silver; and Canada would elevate from fourth to bronze.

MORE: What is ROC in the Olympics? Here’s why Team Russia is competing under that title in Beijing

Adams said the IOC is attempting to resolve the issue as quickly as possible, considering competition is still underway and athletes from other countries will leave Beijing at the conclusion of their respective events.