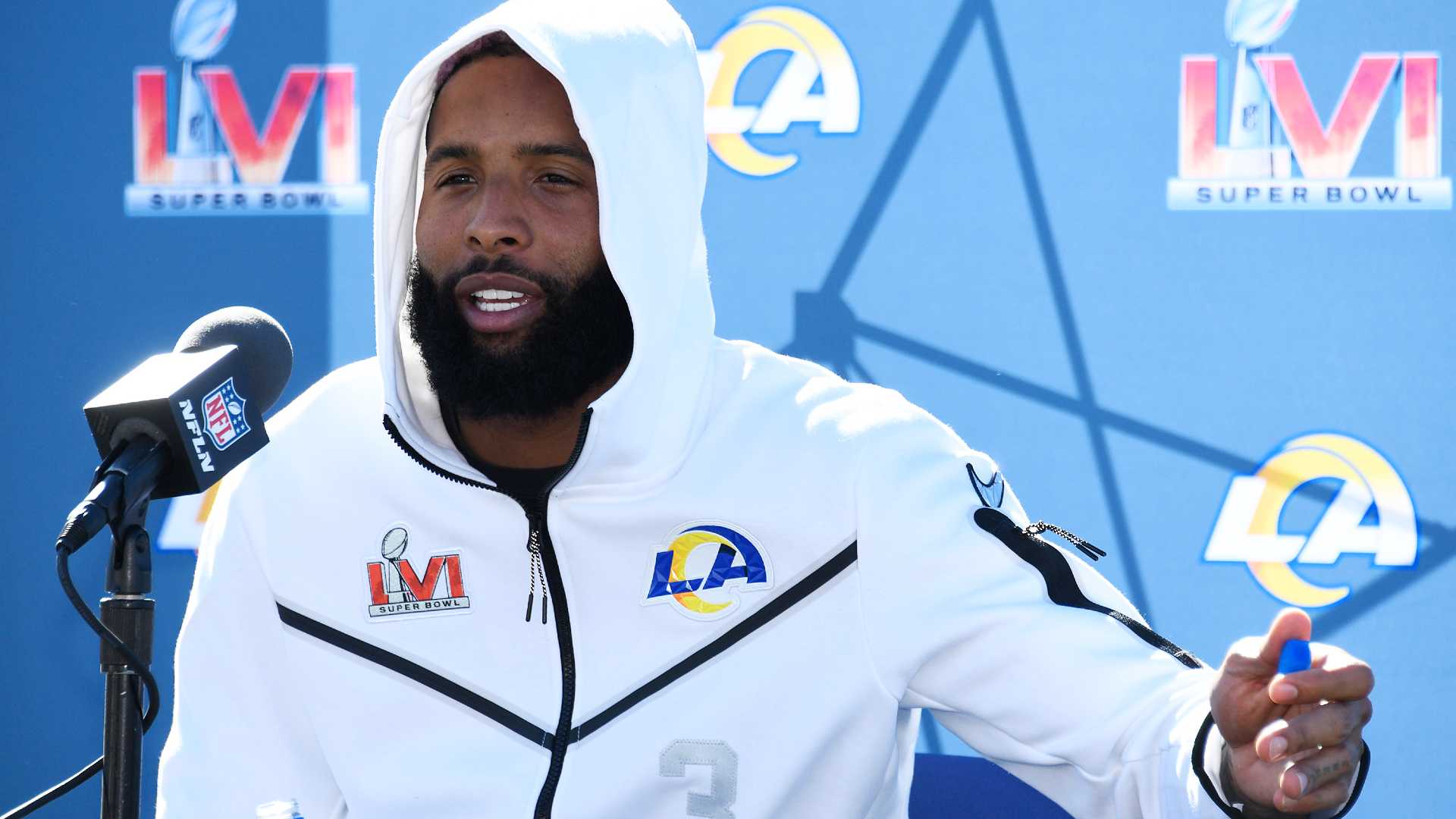 There is a chance that Rams wide receiver Odell Beckham Jr. could miss his first Super Bowl.

Beckham’s partner, Lauren Wood, is due to give birth any day. Beckham told reporters Friday that he’s trying not to think about a potential arrival that coincides with Super Bowl 56.

“I don’t need you to put that energy in the air about the Saturday night or the Sunday thing,’’ Beckham told reporters, via the New York Post. “I think God has a different plan. I don’t need it during the Super Bowl. I want to see my child being born, so I’m on watch.”

Wood first announced her pregnancy via Instagram in November, shortly after Beckham signed with the Rams. The post included several maternity pictures of the couple, and Wood captioned the post, “ilyilyily.” Beckham commented on the post, “Can’t wait baby!”

How much money has Rams owner made in career?

How did the trade deadline affect NBA title favorites?

Super Bowl officials didn’t see Tee Higgins ‘grab and twist’ Jalen Ramsey’s facemask on TD
How much money has the Bengals owner made in his career?