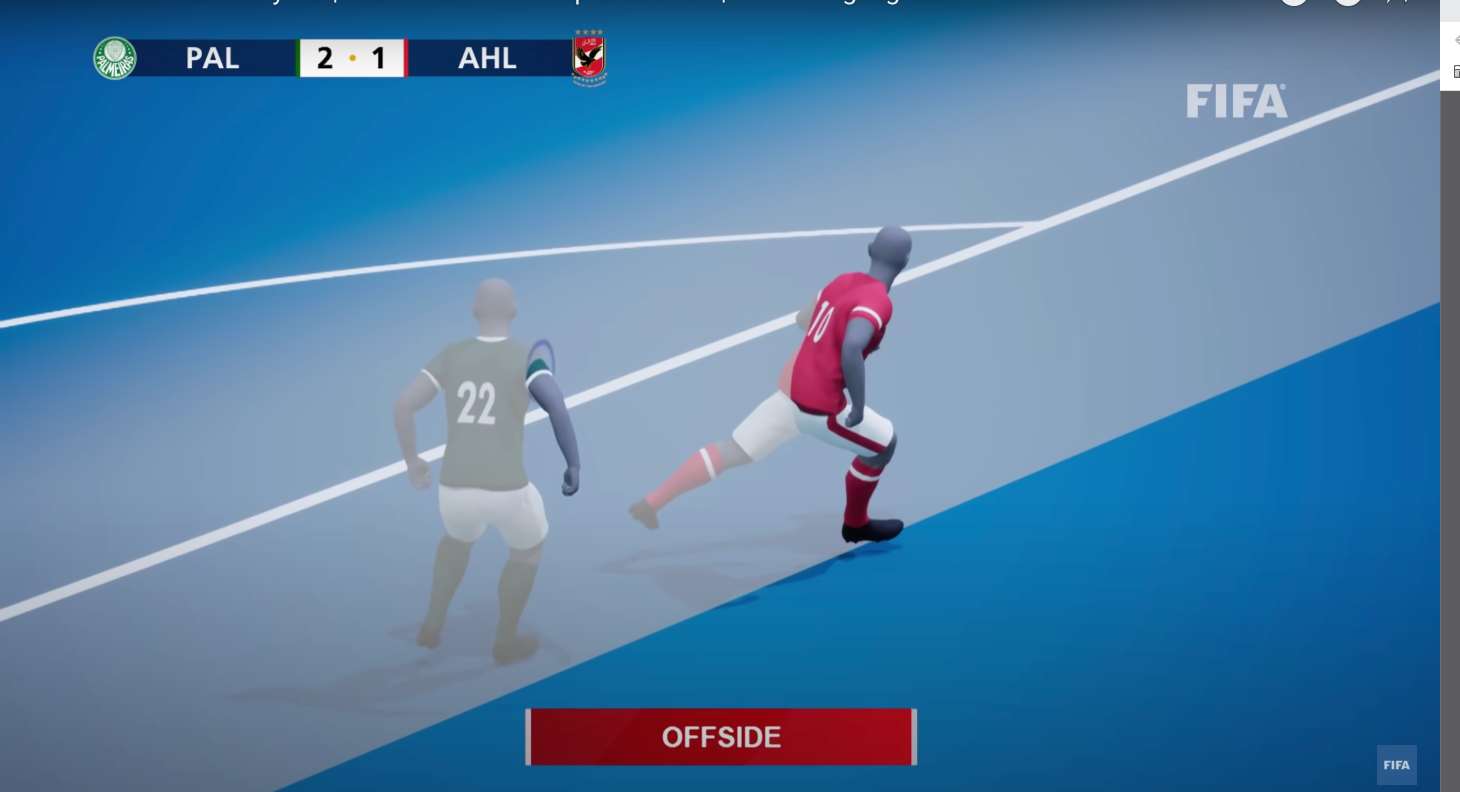 New automated refereeing technology is being tested in-game at the 2022 FIFA Club World Cup where Chelsea is hoping to win its first-ever trophy in the competition.

The new replay system is dedicated to real-time offside decisions to create more transparency and less confusion during goal events. The system features limb-tracking technology using dedicated cameras installed in stadium roofing to create a three-dimensional animated structure of the involved players for a precise review.

Upon implementation of the technology, FIFA contends that entire matches can be watched as a virtual animation “with only a few seconds’ delay.”

“With the semi-automated offside, we get data points, and these data points can be translated into an animation,” said FIFA’s Head of Football Technology Sebastian Runge.

“So, we know where the shoulder is, we know where the knee, for example, is. And by taking that data, we can enter the 3D world and we can create animations, that can explain perfectly whether a player was onside, how much of that player was offside or onside, and we put that in an animation that will be shared with TV and our giant screen operators and we can inform the spectators in a clearer way on offside and onside decisions.”

The technology has already been used to disallow two goals in the 2022 competition, including in the semifinal between Palmeiras and Al Hilal.

With Palmeiras up 2-0 with 15 minutes remaining, goalkeeper Weverton spilled a shot and Al Hilal’s Taher Mohamed deposited the rebound. Upon use of the technology, Mohamed was correctly judged to be leaning offside upon delivery of the initial shot, and the goal was ruled out.

It was also utilized in the opening match of the tournament between Al-Jazira and Pirae, with a goal by UAE side Al-Jazira scratched by the new technology.

Is VAR still used for offside?

The current use of VAR to determine offside infractions on goal events has not always served to resolve questionable plays. Human judgement and error is still a factor with the VAR official required to mark and interpret offside lines before making a final call.

Given the difficulty of getting a perfectly perpendicular camera angle to the event, it’s difficult for a VAR official to perfectly recreate the moment a ball is delivered.

The new automated limb technology should allow for far better accuracy given that the entire play is virtualized and each body part is logged within the animated realm.

The technology was first introduced in the 2021 Arab Cup that took place in December 2021, before its use in the FIFA Club World Cup.

‘It’s a little up in the air’
Joel Embiid warns Ben Simmons, grading the Pelicans-Blazers trade