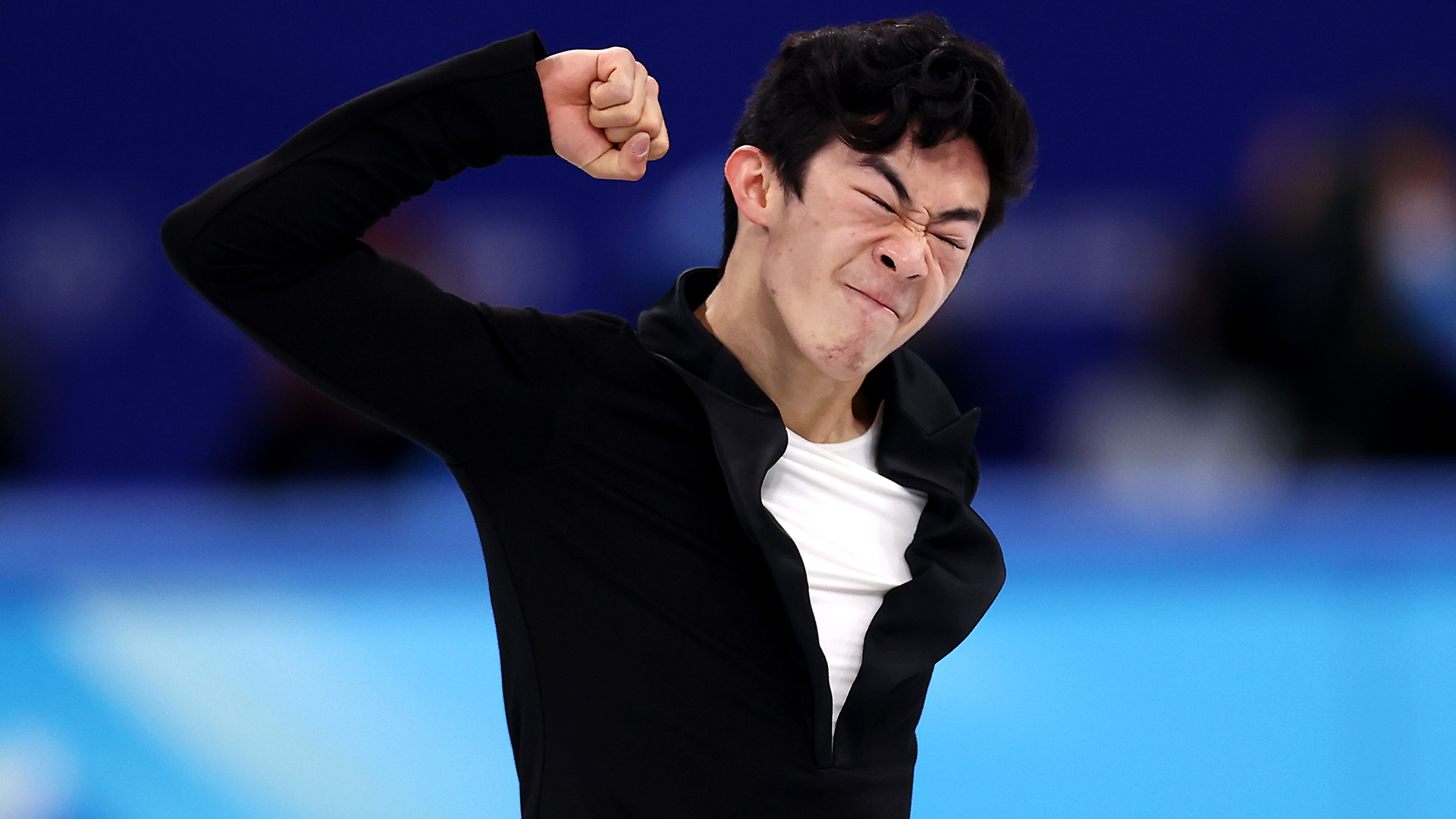 After a ‘disastrous’ showing in 2018, Nathan Chen is stepping up on the world stage in 2022. Chen has advance to the second half of the men’s short program competition, and he’ll take a commanding lead with him, after a world-record setting performance.

It was nearly a flawless performance for the 22-year-old from Salt Lake City, a program that was set to “La Bohème” by Charles Aznavour, which included two quadruple jumps and a triple axel.

He nailed it! And he knew it!

THE HIGHEST SCORE EVER IN A MEN’S SHORT PROGRAM.

Japan’s Yuma Kagiyama scored a second-best 108.12 and Japan’s Shoma Uno followed with a 105.90. Afterwards, Chen spoke about his record-breaking performance.

“I was just elated.”@nathanwchen reacts to his record-breaking short program performance score of 113.97. #WinterOlympics pic.twitter.com/rQ3qDmre5K

“I was elated,” Chen said in an interview with NBC. “Last Olympics, both short programs didn’t go the way I wanted and to finally get the opportunity to skate the programs the way that I wanted — it feels really great. It means a lot.”

hen was already the favorite for the gold in this event, but now he can almost taste it.

In all, 24 skaters advanced to Thursday’s free skate at Capital Indoor Stadium.

Chen’s main competition entering Tuesday was Japan’s Yuzuru Hanyu, a two-time Olympic champion who was looking for a chance to win three consecutive gold medals for the first in nearly a century. Hanyu ended the event with a score of 95.15 after his skate fell flat, bailing out of a planned quad salchow. His score was only good enough for eighth place.

“I feel really shocked today,” Hanyu said, “but I have one more chance.”

When does Chen skate again?

Chen heads into Thursday’s free skate poised, confident and with a ton of momentum. Already a silver medalist at the 2022 Olympics, Chen captured three world titles and six national championships ahead of Beijing.

Time will tell if he’ll be biting that elusive gold medal.